Ok, so where to start? 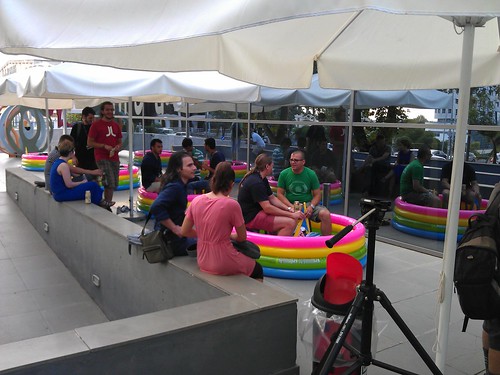 Right, the Greeks did everything to bring our Motto to life, and what can I say? The were very successful with it! Everyone had lots of fun during the Conference, be it in conversations on the hallways or in the talks, everyone was in a good mood, the atmosphere was very good and I'm sure this wasn't only because of the very nice decoration and the pools to cool down outside at the beach bar. 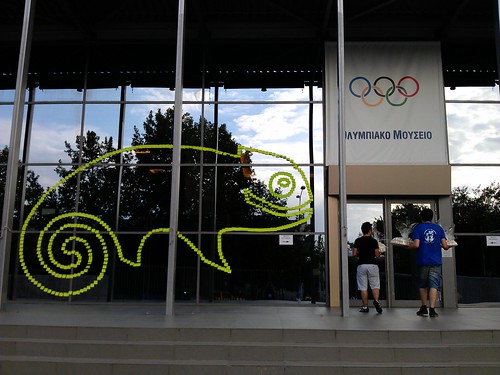 This years location was the Olympic Museum in Thessaloniki, Greece and the Conference was solely organized by the local community, therefor I want to give a big kudos to Kostas and Stella, who were the main Organizers together with Henne. Of course there were many more, for example Carlos who did the main portion of the Conference Artwork as well as all the Volunteers, it was a pleasure to work alongside all of you to make this Conference Rock! 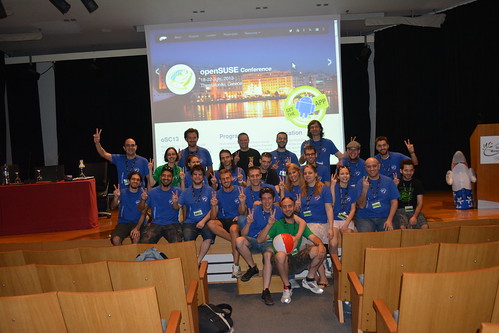 Aside from all the awesome People there have been some nice new things I think should be kept up, one of them were the Team Reports where all the teams of the Project were able to present what they did during the last year and what are their plans for the coming one. Another thing was the Streaming of every talk and while this in itself wasn't new there has been a nice addition: this year we had IRC channels where people watching the streams could give immediate feedback and ask questions to the presenters. 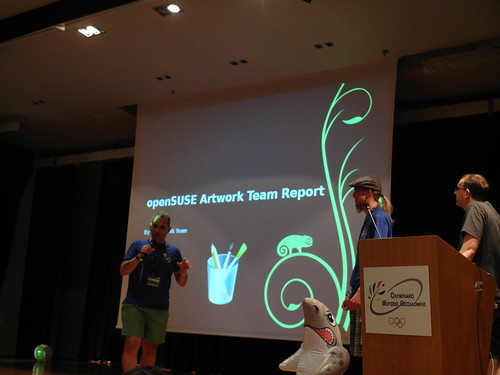 Once again I want to thank our awesome Travel Support Team for making it possible for me to be there. If you want to attend an event to present openSUSE but money is a blocking factor for that, just go ahead and ask them, there is a high possibility they'll find a solution. Dont know how? Here's how:

Did you know?
oSC13 had its own Soundtrack,
created by Carlos Ribeiro's brother